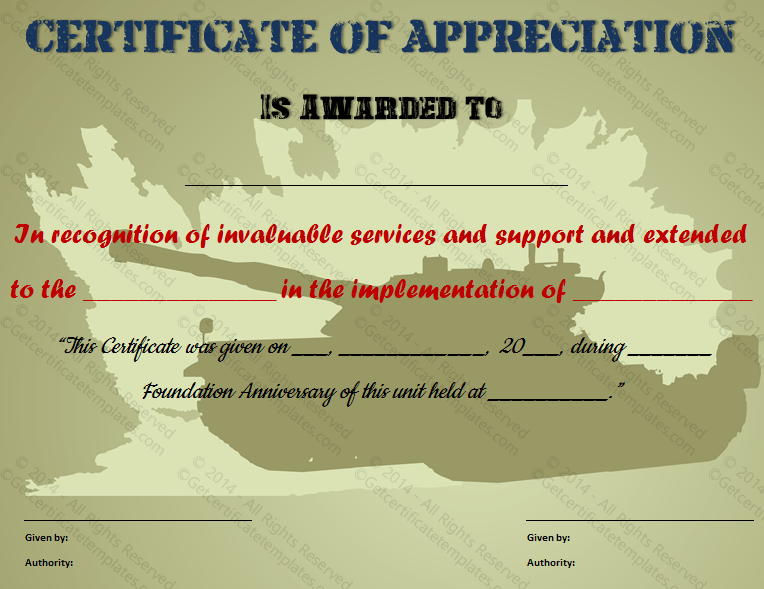 Certificate of Appreciation Template for Military

This certificate of appreciation template has been designed to honor people that have served in the military. The silhouette of a tank is clearly visible in the background of the template. It is completely editable and customizable. Organizers will be able to change any text of this certificate by using premium version. In this certificate of appreciation for military the lettering for some lines is blue, and for some lines it’s red, adding to the military look and feel. The first line of the award describes the invaluable services and support that the recipient has contributed. Organizers are able to record the full date upon which the reward was given.

Organizers will also be able to indicate information on where the Foundation Anniversary of the given unit will be held. There’s a place available for the authorization signature and stamp, and a place to indicate who has specifically given the award. The individuals that have received this award will be able to describe in detail when and where they received it at a later date.

Download options for Certificate of Appreciation Template for Military :